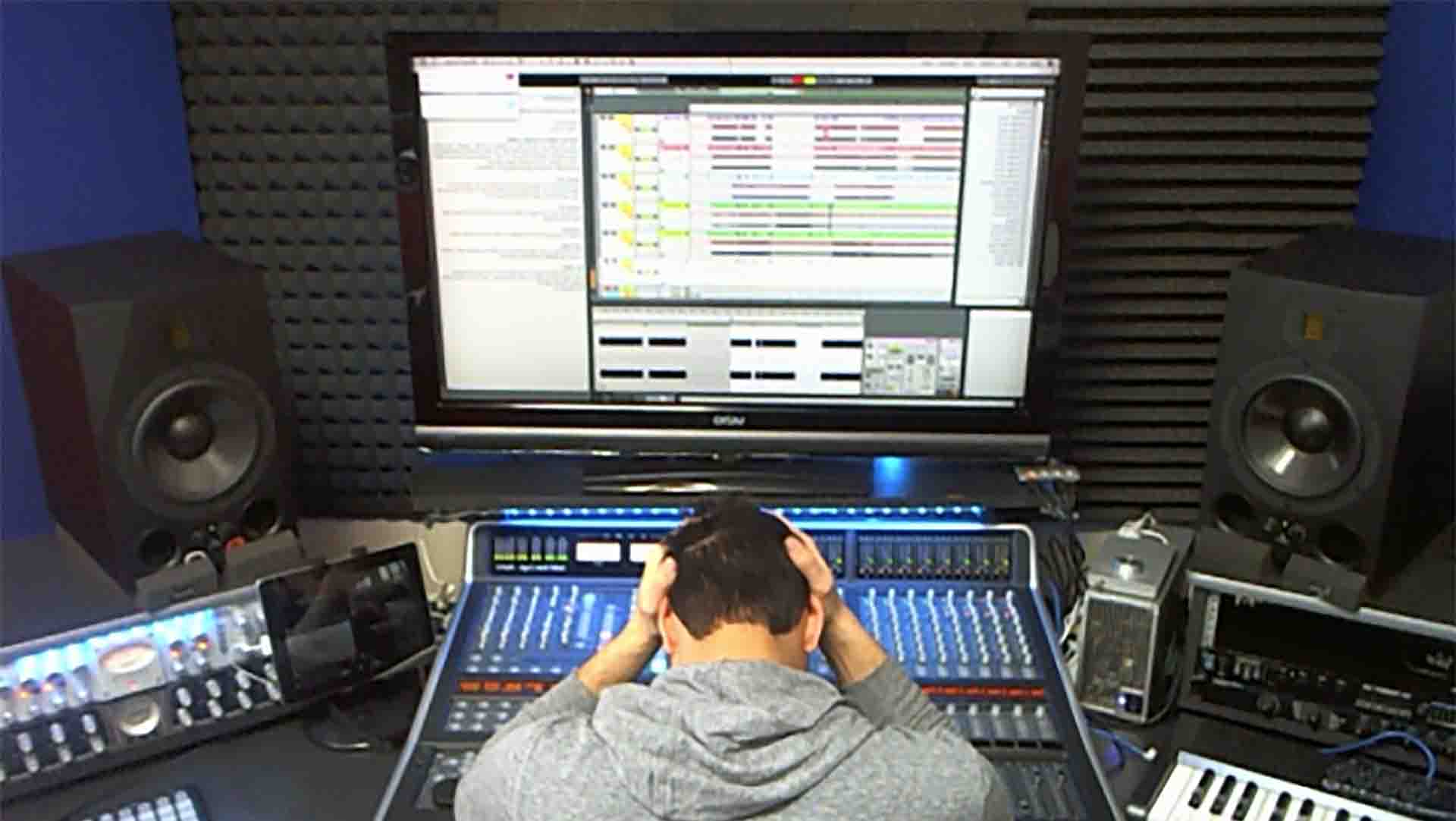 EVERY producer is troubled by the dreaded “beat block.”

No matter how hard you try, you just can’t lay anything down that’s worth listening to.

You try using a sample… nothing.

You, my friend, have beat block. And it’s a real bitch.

But there are ways you can smack that ho and turn beat block into YOUR bitch.

I ain’t no rocket surgeon, but the causes of writer’s block are probably wide and varied. At the end of the day, sometimes you just don’t feel inspired to write (or producer… same thing).

Sometimes you feel like you’ve used every tool you have, or done every technique you know of. And you just can’t do any more.

This may or may not be actually true. But the point is, your mind feels like it’s true.

So how do you break the cycle? Here’s 3 ways you overcome beat block next time it drop kicks your creativity.

I don’t mean just do something different musically (even though that can sometimes work). I mean do something COMPLETELY different. Like… go for a walk. Or take a long shower. Work out.

Just do something else.

Get your mind off the music itself, and sometimes you’ll get inspired in the most random of moments.

It’s weird how our minds work, but sometimes you just need to shut off and reset.

The most important thing is not to force it, when it’s not coming naturally. Shift gears, and then come back. You may be surprised at what you return with.

And I don’t wanna get all new-age on you and shit, but meditation has been known to do some crazy things to us physically, mentally and creatively. So maybe try it sometime.

It’s really easy to let this lead to procrastination, where you never actually end up making music. So be careful not to let it.

Although it may not seem to make sense, there’s absolute truth in the pitfalls of having too much.

When you’ve got thousands of drum sounds, dozens of VSTs and hundreds of presets at your fingertips, it can be hard to even get started.

That’s why some producers try limiting themselves to force out the creativity they’re searching for. So try doing it yourself sometime – create an entire composition using a single instrument or VST.

Love Nexus? The next time you try making a beat create the drums, melody, harmony, rhythm – litereally EVERYTHING – using only Nexus.

You can do the same with any of your favorite plugins. Just because you have 50 different VSTs, doesn’t mean you have to use all of them. Try picking one and making an entire beat using just that plugin.

You’d be surprised at the versatility of many of the high-end (and even low-end) VSTs. You can create masterpieces on them things.

3. GET REALLY CREATIVE WITH IT

That sounds like some bullshit but hear me out…

I don’t mean just “be more creative” in a contrived way. I mean do some really weird shit and just go with it.

Do things in the exact opposite way that you’re “supposed” to do them. Step outside the box and smash that bitch into a million pieces.

Take a higher pitched snare drum sound and load it up into your DAW of choice. Then pitch it up some more until it’s a super high tick sounding thing.

Next, loop the sample playback so it repeats for as long as you hold down the pad/key. It should sound like a high pitched whirring sound.

Now you want to “effect the shit outta it.” Throw on saturations, delays, reverbs, low-fi’s, guitar amps – literally anything – and tweak the knobs like a mad scientist.

Finally, pitch this new sample up and down the keyboard so that you can play different notes and semi-tones.

BOOM – you just made your own weird and crazy electric guitar-type sound.

That’s exactly what I mean when I say get REALLY creative with it. Do weird things and make them musical. Issa great way to overcome beat block. Try it out and you’ll see.

Of course, one of the best ways to overcome beat block is to have a set of “go-to” tools that inspire creativity. That’s why we created the BEAT BUILDING BLOCKS music producer tool kits.

These sets of essential sounds, patterns and cheat sheets are specifically designed to make music production faster, easier and more fun. The tools included in the Starter Kit will let you overcome procrastination and BEAT “beat block” for good.

The BEAT BUILDING BLOCKS Starter Kit is a set of fully customizable musical tools that are perfect for starting a new musical idea, finishing off a stubborn beat or creating an entire production from scratch quickly and easily.

Think of them like Lego building blocks, but for professional music production.